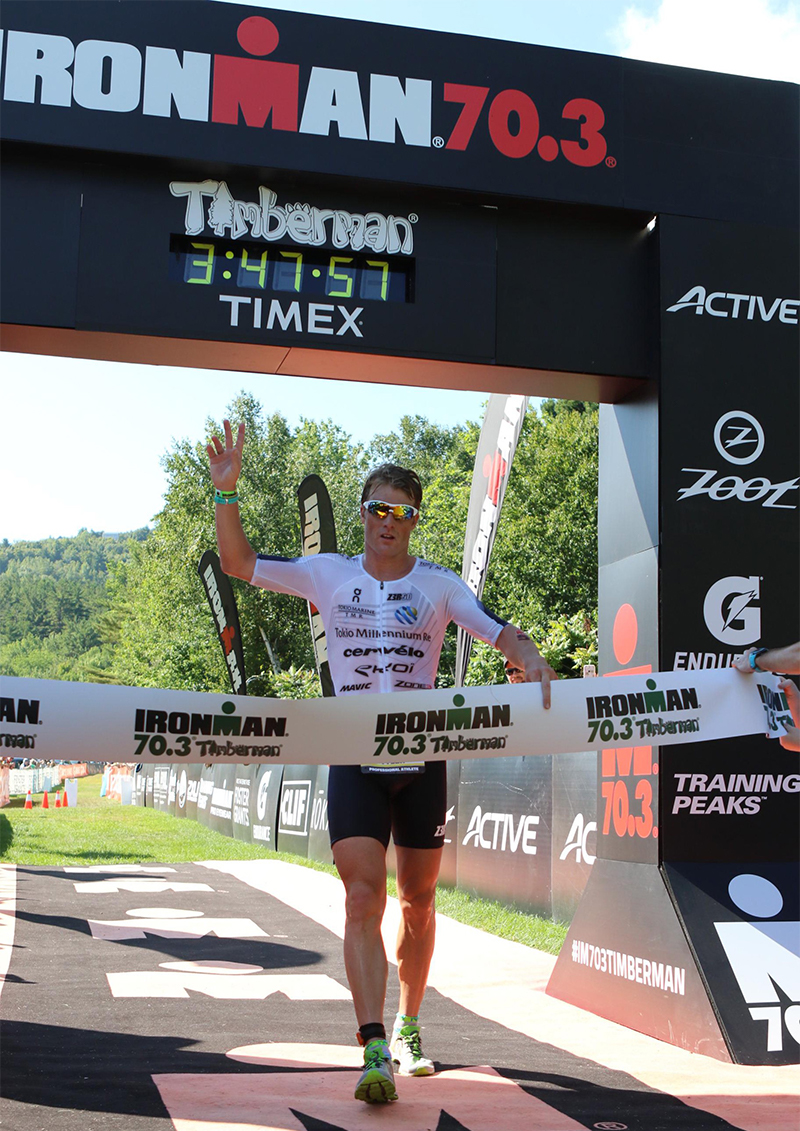 Bermuda’s Tyler Butterfield earned the champion title at Ironman 70.3 Timberman on August 21st, using his multi­discipline prowess to overtake his rivals. The victory, which Butterfield termed a “surprise win”, comes just two weeks before the Ironman 70.3 World Championship in Mooloolaba, Australia, where Butterfield will line up as one of the world’s best long course professionals.

“The win was a bit of a surprise. The way I raced was what I’d planned, I just didn’t think it would be enough to win,” said Butterfield, who intended the race to be his final hard preparation in advance of the world championship. “Andy [Potts] didn’t show and TO [Tim O’Donnell] flatted while he was in the lead. I’ll take it, though. It’s nice to actually win one!”

Butterfield emerged from the swim just shy of a minute behind O’Donnell. While O’Donnell showed impressive strength on the bike, a flat tire derailed his hopes for the win; instead, Butterfield and several other powerful cyclists (Leon Griffin, Justin Rossi and Michael Weiss) took control of the race. Weiss arrived at T2 with a slight advantage but was soon joined by Butterfield at the front of the half marathon course. The two battled it out together for the first half of the run, with Butterfield ultimately pulling ahead into first position and refusing to relinquish the lead. He reached the line in 3:48:04, one minute and 18 seconds ahead of second place.

Butterfield’s win was especially welcome after an early season fraught with illness and injury. A parasite affected his overall wellness and energy levels early in the year, and a lower leg injury occurred when he was finally back into full training, calling for significant time off from running.

“The time off earlier in the year with the parasite, and then the time off running in the middle of the year with an injury, put my season plans off from what I had  originally looked forward to coming into 2016,” said Butterfield. “But that’s just sport. We do the best we can with what we have at the time and pray it’s enough.”

Equal parts humble and optimistic, Butterfield embraces every opportunity to test himself and is eager for the September 4th Ironman 70.3 World Championship.

“I’m excited to head to Australia next week and see where I’m at against the best guys in the world,” said Butterfield. “That’s my favorite thing to do – measure myself when everyone’s on form.”