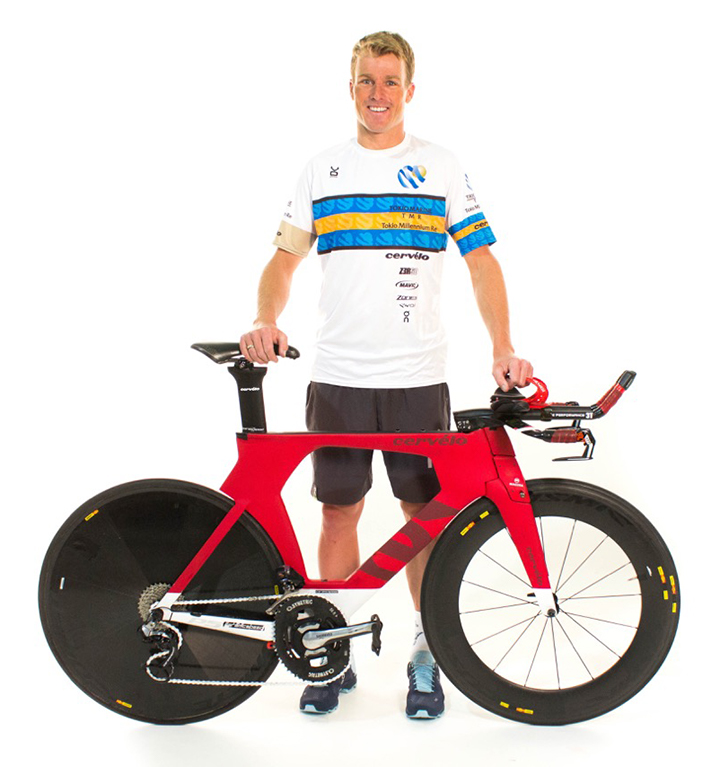 Professional triathlete Tyler Butterfield announces the continuation of  his long-­‐time partnership with Tokio Millennium Re (TMR), a prominent reinsurance company founded in his native Bermuda TMR has proudly sponsored Butterfield in pursuing his triathlon goals since 2010.

Stephan Ruoff, CEO of Tokio Millennium Re, shared the Company’s excitement about the relationship. “Tyler is an exceptional ambassador for sport and for Bermuda,” said Mr. Ruoff. “He is also a great role model for youth, both in Bermuda and worldwide. At TMR we believe firmly in Tyler’s talents and are proud to continue to sponsor him and see him reach the goals he has set for himself.”

Founded in Bermuda in 2000 as a subsidiary of Tokio Marine & Nichido Fire Insurance Co., Ltd., Japan’s oldest and one of its largest non-­life insurance companies, TMR operates with a deep commitment to underwriting discipline and scientific analysis of risk, aligned with a strong balance sheet and close relationships with clients. Building on a solid foundation and leveraging its parent company’s financial strength, TMR has successfully diversified its business through broader product offerings and geographical expansion. In 2013, the company redomiciled to Switzerland, converting the Bermuda operation into a branch.

In addition to TMR’s commitment to the global reinsurance market, the company is passionately invested in promoting healthy, active lifestyle pursuits. The Company supports numerous youth athletic programs throughout the island nation, making the relationship with Butterfield an intuitive fit.

“I’m deeply appreciative of my relationship with TMR and the opportunity to represent the company on triathlon’s world stage,” said  Butterfield. “I have great respect for TMR’s commitment to health and wellness, particularly through a variety of youth athletic programs  at home in Bermuda. I’ve enjoyed working with the team at TMR over the past five years, not only in pursuit of my personal goals but also through a variety of opportunities designed to inspire others, and I look forward to more of the same in the years ahead.”

Butterfield will kick off his 2016 racing  season at the Ironman 70.3 North American Pro Championship in St. George, Utah on May 7. Highlights of his season will include a first time appearance at Challenge Roth, the world’s largest full distance triathlon, on July 17 in Roth, Germany, and the 2016 Ironman World Championship in Kailua-­Kona, Hawaii on October 8. Butterfield will strive to better his  Ironman World Championship personal best, an impressive fifth place finish in 2015.